Lupus Diagnosis and the FMS Link

For a while I thought I had SLE (Systemic Lupus) and it scared me, but I was determined to find out for sure. I knew it was hard to diagnose. I knew that some cases took years to determine. I knew it would not be an easy road to travel. I wanted to proceed anyway.

Many people have found the answers they have searched for and finally receive the help they so badly need. They are now medicated and battling SLE in hopes to go into remission. Some of these people however took years to finally get the proper diagnosis and it turned out in fact to be SLE.

I had blood tests done while I was pregnant with my youngest. She is only five months old so it wasn’t that long ago. There was nothing that shown up as SLE in the blood work. I was happy, but worried that I still had SLE because of all the stories I had read over the Internet. After the round of blood tests I was diagnosed with FMS (Fibromyalgia) and I wasn’t very confident in that diagnosis at the time.

As time has passed and the more I learn about FMS I realized that I probably do have a proper diagnosis. This doesn’t take away the worry about SLE however. Many people with SLE are found to have FMS too along with many other ailments and possibly other Auto Immune Diseases. I just take one day at a time and try to read as much as possible on FMS, Lupus and other illnesses in the Auto Immune family. I try to put out resources for others so that I might provide help for them. It is a tough road to travel alone.

The hair loss I suffer from is quite frightening. There is no answer to it. While I was pregnant they found that my Feritin level was desperately low and that was probably causing the hair loss. Since giving birth I have had it checked again and it is fine but my hair is still falling out. This is one symptom I do not have an answer too and I think it is SLE.

The other problems I have that are not associated with FMS are the mouth and nose sores. They come and go all year round. Some people with FMS do have problems with nasal sores I’ve read. This could possibly be an ailment of FMS but I strongly believe it also links to SLE.

I’ve asked my GP to do some further testing for SLE but she is confident she says that I have FMS and not SLE. This is also what a rheumatologist told me. I am worn down in this fight right now so I will just accept FMS diagnosis. I do believe I have FMS but I believe there is a under lying condition that hasn’t been found yet for these other symptoms.

I hope that others get properly diagnosed. I hope that if you’ve read this posting that you utilize the links I provide on the sidebar. Remember that you are not alone.

Oh boy another severe case of Costochondritis. It is about to kill me! I can’t sleep because it hurts in my rib cage so badly. It is difficult picking up my little one to change her diaper. I am taking ibuprofen but it just isn’t doing the trick! I think I might go see my GP for this and see if there is something else she can give me.

Some of you are probably wondering what the hell Costochondritis is?

Well it is inflammation in the chest area and rib area. It isn’t life threatening but it sure hurts like hell! It can last for months for some people and others only weeks or just a few days even. It has been two days so far for me and it seems to be getting worse.

I am not surprised it is getting worse because I have to pick my little one up and that just aggravates the problem even more.

Holy mother of God it hurts to breathe!!!!

I am plagued by things
Things you just can’t see
The voices in my head
They are out to get me
The pain that I feel
Every day of my life
How hard it is to be a loving mother,
And a loving wife
I have Fibromyalgia and it perplexes me
You think I’m not sick
That is because you just can’t see
Trust me, I am ill
And I don’t want to be

So there I was on the phone with the secretary to make a doctor’s appointment. She asked me when my birthday was. I couldn’t recall my birthday at first and I panicked. She asked again as she probably thought I didn’t hear her the first time. I did hear her the first time though I was just trying my hardest to remember. It didn’t come to me on its own. I had to look into my purse quickly at my DL and tell her. I got the appointment made fighting back tears before hanging up.

I was terrified of what had just happened. I am only 29 years old. How can someone forget the day they are born on at my age? What the hell is going on with my brain and mind? I asked myself as I sat in the rocking recliner crying into the palms of my hands.

This was the first sign of fibro fog. Fibro fog is a cognitive disorder that is associated with FMS (Fibromyalgia) I didn’t know this until this sort of thing started happening to me more often. My first thoughts were of dementia, or Alzheimer’s disease. I was scared to death of what was happening.

There were times I couldn’t remember the year my daughters were born in and it would take some time for it to register at others. There were a few times I felt disoriented while out in the car. What finally made me start digging around for information and asking questions I had been scared to ask before was the time I had decided to go out by myself to buy a coffee. ((I don’t drive far due to the tumor in my back but I do get out once in a while to keep myself from going crazy!))

Anyway, I was out to get a Caribou coffee, which is my favorite. Starbucks has nothing on Caribou. Caribou isn’t far from my home so it is feasible for me to drive myself sometimes. While I was on my way back to the house I felt a sudden case of anxiety and bewilderment. I had no clue where the hell I was or how to get back home. I came to a stop sign trying to put together the scenery but nothing was seemingly helping. I made a right hand turn and decided to pull off the road to try to calm myself down. I knew I was not lost, I knew I had just come from the house for the coffee, and I knew home wasn’t far. It was crazy I couldn’t think how to get back home and I knew this must be something caused by stress I thought as I just stayed on the side of the road. I found a music station that would help me focus in order to keep some of the anxiety at bay. I was hoping to gain my memory back quickly before someone stopped to ask questions.

In a few short moments the anxiety and bewilderment subsided. I was in shock at what had just happened. This is what broke the straw on the camels back for me. When I came home I started looking up things about dementia, and Alzheimer’s disease and found that I wasn’t having that at all most likely. I had just been diagnosed with FMS recently. I thought I would check out if that was something associated with FMS. Sure enough it was something very common with FMS sufferers. It is called Fibro fog.

Each person has a different level of fibro fog I had found out. That day driving was my worse level. I still have a lot to learn about the fibro fog and how to help keep it at bay but like I always say one symptom at a time! I have not had a severe fibro fog attack in about a week. I do however still have very short snips of forgetting my phone number, pin numbers, the current date or current year. The episodes only last about a minute or so and sometimes last less than that. Sometimes I forget words I want to use. I sometimes mix things up when I speak too. You can imagine how scary this is to go through. If you suffer from Fibro Fog I suggest reading this article. It does have some helpful hints and explanations.

Announcing the Top Ten at J.O’s!

Announcing a new page I have decided to start here at Just Ordinary. I figured I have a little bit of everything here so why not do this new page? J.O’s Top Ten You Tube Music Video

I have removed the video pages I previously had up. The reasons I took them down are:

1. Some videos get taken down after a while and I wanted a vast collection so it wasn’t working out well.
2. The pages were dreadfully long to load up when you choose to go to them due to mass collections.
3. Some videos were changed so that people could not embed them, AKON being one of them!
4. I just couldn’t keep up as often as I wanted with the collections.
5. A top ten monthly is much more sustainable for me to pursue with my time. It will load with better ease for my visitors and IT IS FUN to put up MY top ten and some of YOURS!

I’ll be posting the top ten lists on the 13th of every month unless otherwise posted in a notice. Real life does take charge at times and there is no helping that.

I hope I can get some participation, feedback and visitors to check out the monthly music. Spread the word…J.O has added yet another something cool to check out at her word press blog. 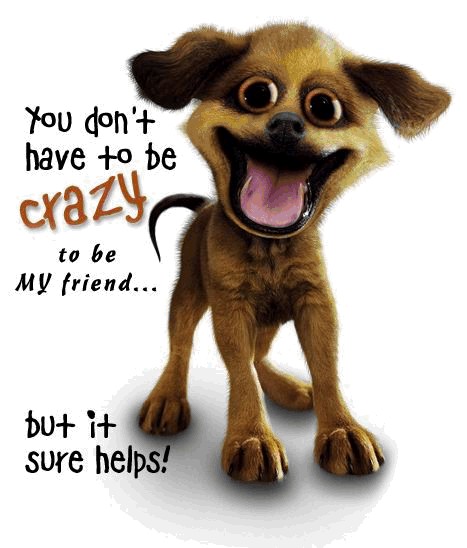